$1 billion gamble? Or the miracle we are all waiting for?

It has been suggested to me by some (not on here because you are all much too polite!) that my posts are sometimes too long, and that I should consider writing a series sometimes. Well when I was working on this one which I have been researching for a while now when I realised it wasn’t really one post but seven! So, here comes with a series which I am entitling "Corona Hope"

We are in a war more deadly than anything else in most of our lifetimes . Arguably the effects of COVID19 have been even broader than the last World War. Certainly the economic consequences are dire and it looks like the corona-crunch will be more severe than any recession for hundreds of years . Nobody in affected countries has been untouched.

Blood cancer patients have been particularly badly effected by this crisis. For many patients it has been the first time they realised we have a cancer of the immune system. In the past when we were diagnosed we heard strange words like leukaemia and lymphoma. Often the associated damage to our body’s ability to fight off disease was not even mentioned. Now in the UK at least we are all labeled as “extremely clinically vulnerable” and urged to stay in our own property to remove any chance of catching the disease.

But some of us with blood cancer feel we have had a bit of a head start on the rest of the world on what the corona-crunch looks like . Some of us can’t work and haven’t done for years. Crunch! Suddenly now unemployment is sky rocketing and we don’t feel quite so alone. Some of us had many hours of quiet during the day in our family homes, now our kids and partners are off school and work and ironically for some there is less social isolation.

Suddenly everyone wants to connect with you via video phone. But some of us remember times we found it hard to track our friends down since they were busy while we were stuck at home, perhaps during treatment. Some of us have had repeated infections so worrying about an infection now is not new. In fact for some of us removing altogether the risk of catching other peoples bugs has been secretly relieving.

Suddenly everyone is doing our previous “strange” and “obsessive” behaviour such as refusing to use towels other people have touched or even hot air dryers in public bathrooms. I have had a mask for almost three years already , and used to wear it on the London Underground when I used to dare to go on it. What a trend setter it turns out I was . Some of us already practiced some form of social distancing. And not just the really introverted ones, either. But also some of us were already dependent on the kindness of a stranger to donate their blood, just as some people sick with COVID19 are today.

Many of us have already had to interrupt our lives in a way that most people could never have imagined before lockdowns were implemented. And since we might already know what a Lymphocyte is, we may even find it easier to understand infections and vaccinations. I am going to try and explain a lot of crucial but I hope hope-giving information in this series of easy to understand articles.

As we go through we will see a number of connections between what we know about blood cancer and the current situation . I will also weave in some unusual metaphors , which the older I get the more I seem to enjoy.

Perhaps blood cancer patients have in some cases been the beta testers for an early version of project corona-crunch . For some of us anyway it is as if we had already experienced some of what can only really be described as a crunch: economic, social, emotional, even spiritual sudden disruption and perhaps it has even felt crushing. Whilst it seemed to us everyone else was sailing through life we were struggling in ways that others now understand a bit more .

Perhaps what we have learnt in our journeys so far might help us with what COVID-19 plans to continue to confront us with.

The articles in this series are peppered with videos that provide more information and also links to lots of other sources for those who want to understand all this in more detail.

Many people are dying from COVID19 all over the world. The official figures do not tell the whole story as there are many excess deaths over and above those being reported in most countries in the World. Some of this will be undiagnosed COVID19 but some is the collateral damage because people are scared to go to hospital for treatment of other diseases due to the risk of catching COVID19.

In this context, we really need hope.

Right now, perhaps the best source of hope for a relatively swift exist to the health crisis is the possibility of a vaccine. One of many possibilities may be ready for mass uptake in the UK and USA as soon as September this year. The US government made a $1 billion investment in this vaccine following the seeding funding and production order at risk given by the UK government (more of this in future parts of the series).

Those of us who are considered especially vulnerable to the virus are self isolating strictly to “shield” us from infection. September may seem an age away but if we need to wait for the disease to burn itself out we may have to wait considerably longer than that.

The following episode of the BBC’s Coronavirus newscast addresses some of the science news that forms the background to this and other possible vaccines and seems a good place to leave it today. But I really hope that this series will offer each of us some real hope in this current situation. 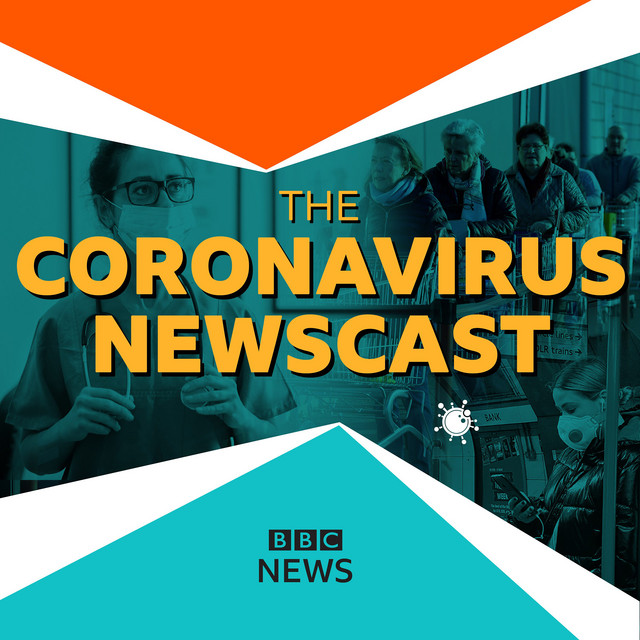 Inside Sage - The Coronavirus Newscast

Key Sage member Professor Sir Ian Boyd takes your questions. Should the Government have placed the country in lockdown earlier? Sir Ian thinks they should have. He also talks us through how the influential group advises government, and answers your...

Contents of this series still to come

(OK I exaggerated about seven though some of these could do with being split perhaps!)

Thanks @Adrian, your informative post is certainly is jam packed with information. Take care.

I had realised that once I recovered from my unscheduled stay in hospital just as lockdown was about to hit that I had a head start on most people. I had Corona-crunch 13 years ago…no smartphones or tablets. I could text, and hubby printed up emails, which I answered when home, so communication is much easier now. I also received letters, cards and visitors (on better days), and thinking back I probably had more connection with people first time around.
Part of this is down to me, as I don’t feel comfortable on Zoom apart from with my kids and grandchildren because of hearing impairment ( thanks DHAP). At least I can ask my kids to repeat what their children have said.
A large part of my communication relies on lip reading to back up use of hearing aids, so that is going to be a huge step if everyone is wearing masks when I go out again. I can cope in quiet areas with one on one (as in when district nurses came, but I dare not contemplate how I will get on, and with social distancing too. Looks like yet another challenge to be met.

Good evening forum family! hope you are all keeping safe and taking care!
@Pisces56 you make such an important about what these lockdown easing measures will mean for people who have not only been shielding, but also have additional things going on- like what you describe with your reliance on lip reading. It does sound like this has caused you understandable concerns?

It is not a problem while shielding, but it could be a challenge whenever I join civilisation again.