How does the Immune System work? Part 2 of Corona Hope Series

Blood cancer is a disease of the immune system. The very cells in the body that are meant to protect us from invaders have turned against us. And the vast majority of blood cancers originate from the cells that produce antibodies to tackle infections directly the lymphocytes and plasma cells.

People with blood cancer are feeling the pinch of the corona-crunch more than some others. Data now suggests that blood cancer patients and organ transplant recipients are the two groups at greatest risk from COVID19.

In this the second post in a series offering hope in the middle of the corona crisis we will explore how the immune system works by way of an analogy. This is important background for when we come to look at the vaccine which just might offer us an early way out of the situation.

Contents of the Corona Hope series

Since infection is like a war perhaps we could imagine that Spitfires are like the antibodies . Spitfires were designed and targeted to be the antidote to the invading Nazi planes. The plane’s unique design won the Battle of Britain as much as the bravery of the airmen who flew them.

Ultimately the planes flown by the enemy – the virus or bacteria in this illustration- were no match for the mighty Spitfire. No wonder it was so poignant to fly two Spitfires over the home of our national hero Sir Captain Tom who as an individual raised so much money in donations for our NHS. 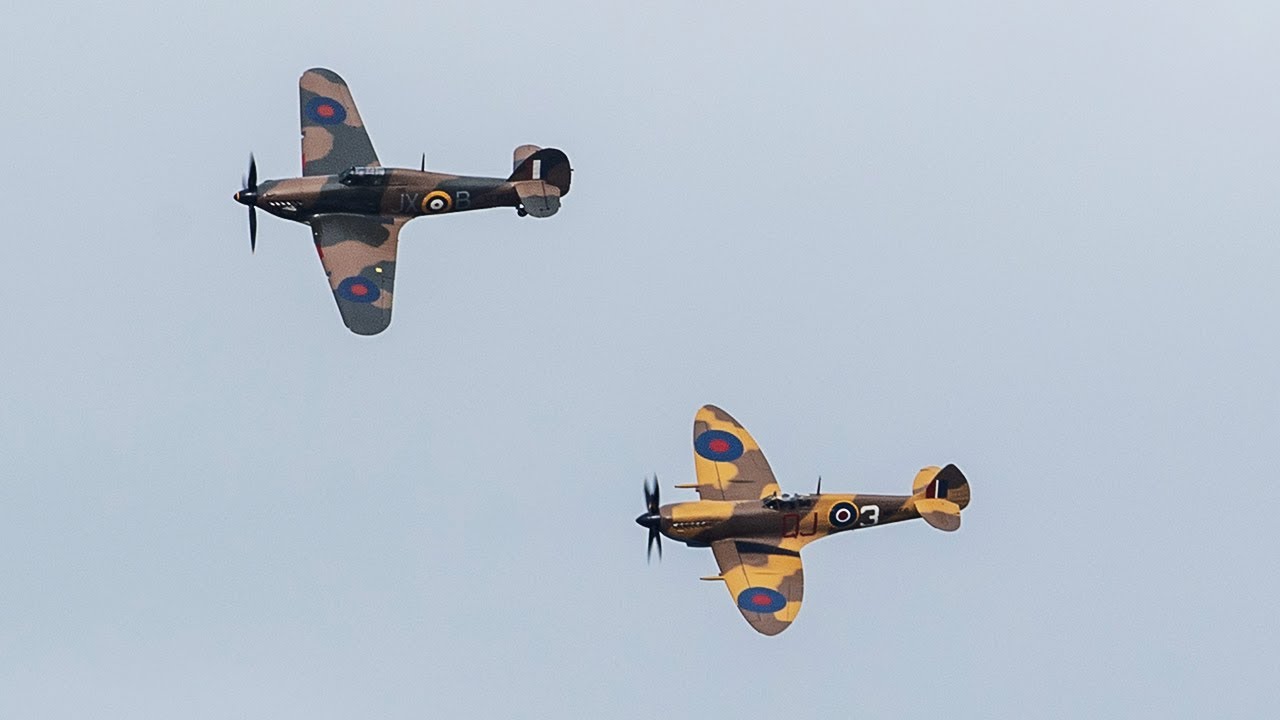 But imagine for a moment if Britain had entered World War 2 without having yet developed the design for the Spitfire. Think about how the war would have gone if even whilst the enemy was attacking the Brits had had to launch a competition to design the best possible airplane to take on the threat. Meanwhile the enemy planes were already causing damage.

The thousands of designers who might have been asked to come up with their best possible work would be analogous to lymphocytes. In the human body millions of lymphocytes are screened to identify the one that matches exactly to the invading threat . When that match is identified the cell is signalled to multiply more rapidly than most cancer cells ever can in order to flood the blood with the right type of antibodies. And hopefully we fight off the infection.

The Spitfires engaged directly with the enemy planes from the air, and were specifically matched to them. Antibodies lock onto their target by recognising its shape. Every infection will have its own specific antibodies. They are perfectly aligned like a lock and key. When an antibody finds its target it binds onto it, and will either neutralise the threat itself or effectively send up a flare telling the rest of the immune system this is an enemy invader and should be destroyed.

There are lots of other types cells also involved in tackling infections. Some of these are sending messages around to immune cells (a bit like radio operators). Without co-ordination the response to an invasion would either be too great, with the Spitfires in the air when they were not needed, or too little with them still on the ground when they should be fighting.

This regulation of the immune system response is often lacking in patients with blood cancer. When an infection attacks sometimes the response is lazy and slow. People with blood cancer can sometimes be sicker than their symptoms initially suggest. For example fever is actually caused by the body’s immune system in response to infections. Sometimes we can be slow to respond in that way. But equally our immune system can sometimes spring into over reaction. This can lead to sepsis or a cytokine storm. Here the immune system over reacts and ends up causing collateral damage. This has been a particular problem in COVID19 infections in the lung tissue where a particular pattern of pneumonia (inflammation of the lung tissue) has been seen.

Immune cells can sometimes react to things that aren’t bacteria or viruses. When this is allergens like pollen, dust mites, animals, or certain foods then the result is allergies including asthma, hay fever, itchy skin, and other symptoms. I have found that since I have had a blood cancer these symptoms have all been much harder to manage and much more severe. Some other people with blood cancers experience the same thing due to the lack of regulation in the immune system.

Blood cancer patients are also more susceptible to auto-immune conditions , where the immune system attacks the human body itself. There are many of these types of condition, including types of anaemia where blood cells are destroyed, arthritis, and a host of other problems. Essentially this is a failure of the immune system’s primary function, to identify alien threats and neutralise them. I do have one minor auto-immune problem and have been screened for others in the past.

In our illustration imagine the problems that would have been caused if the Spitfires were constantly flying chasing after flocks of birds or other harmless things (the allergies), or even began attacking British towns on the ground (auto-immune problems).

Antibodies are not our only defence against infection. There are also cells that swallow invading disease causing organisms, or neutralise them in other ways. Neutrophils are one example of this and together this part of the system is called “innate immunity”. This system is not specifically designed for unique infections but rather to repel all invaders. Here our analogy begins to break down but perhaps think of this as like anti-aircraft gun towers on the ground, as well as the physical defences which were placed on beaches and the surrounding areas.

When infected by COVID19 or other diseases sometimes people manage to fight it off just using these “innate” parts of the immune system. They are the ones who do not manage to produce antibodies. Some people have been so sure that they had COVID19 but shocked that a later antibody test didn’t confirm this. The assumption is that these people might not be immune to a second infection. We actually don’t even yet know how long antibodies if they are produced will protect people from COVID19. In some other diseases this period of safety against a subsequent infection can vary from weeks or months to decades.

To know if you are infected with COVID19 or other viruses right now, doctors and nurses use a swab right at the back of the throat. This can be uncomfortable. The swab is then analysed for traces of the antigen, the virus itself. When you recover the antigen will no longer be present although it can sometimes last several weeks after the infection symptoms have gone.

Once the infection has passed the antigen test is no longer useful. So we look at the blood for antibodies to the Coronavirus distinctive spikes . You can see these spikes in the image on this page. It is those spikes which puncture the human cells and allow the virus to inject its genetic material into unsuspecting cells. These cells then become mini factories producing more virus.

Again stretching our analogy to breaking point imagine if the Nazis had somehow managed to sneak into Britain and set up a factory making more of their airplanes. The British army would need to be able to recognise this and destroy the alien factories.

The immune system is incredibly complex and seems to interface with the nervous system, where the brain can be influenced by what is happening in the immune system . There are lots of messenger molecules called cytokines that seem to perform this function as well as co-ordinating the immune system. This is to encourage the body to rest and get better when sick. Patients with blood cancer (and interestingly enough patients with COVID19 infections) often complain of a crushing type of fatigue that is not really like normal tiredness . It feels to many of us a bit like that strong desire to rest and stay in bed everyone gets when they have the flu. If your immune system thinks you are sick your brain tells you to behave sick. Sometimes it can be very hard to fight this feeling and get anything done.

The immune system is also closely associated with the gut and be influenced by the bacterial microbiome that lives there. We actually have more bacteria living inside our bodies than human cells. Our immune system doesn’t attack these friendly bacteria which live inside our gut and other orifices in a symbiotic manner (where both the host animal and the bacteria get benefits from the relationship).

I hope that this illustration has helped to understand the basics of the immune system. In the next part we will look at how vaccines work. In the meantime here is a video clip from TedEd and some links for more information. 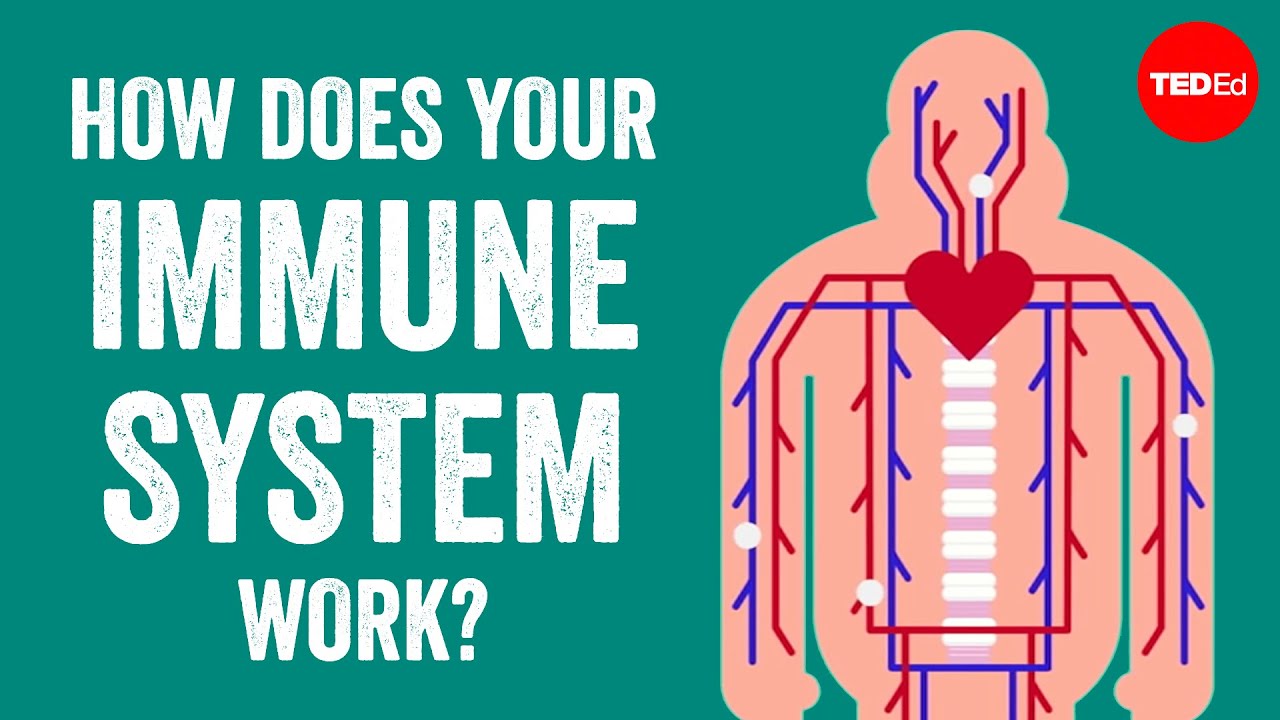 For more information about the immune system visit:

How the Immune System works

The immune system defends our body against invaders, such as viruses, bacteria, and foreign bodies. The white blood cells are a key component. Here, we explain how it works, and the cells, organs, and tissues that are involved. Find out, too about...

WebMD on the Immune system

Slideshow: Guide to Your Immune System

Your immune system is the guardian of your galaxy, protecting your body from all sorts of germs and invaders. From your skin to tiny cells, learn about the parts your immune system, what they do, how they work together, and what can happen when it...

Khan Academy on the Immune System

Foundational Concept 3: Complex systems of tissues and organs sense the internal and external environments of multicellular organisms, and through integrated functioning, maintain a stable internal environment within an ever-changing external...

Hi Adrian, thanks, written in a way I could understand with attachments which is definitely my favoured medium.

Hi @Erica and @Adrian we hope you are both doing well! It’s lovely to hear from you both, as always and thank you so much for sharing your thoughts

We are continuing to monitor the situation and ensure that you all kept as informed as possible, so please do keep an eye on our website and social media channels for any new updates and new information. Take care in the meantime

Hi @oli123 a welcome to our forum.
Your questions are too deep for me and as you are a research paper writer I suggest you ring the Blood Cancer UK support line and I will copy your post to them for you @BloodCancerUK .